New York Comic Con was back and crazier than ever.

With 2020’s event canceled and 2021 watered down, it only makes sense that 2022’s convention at the Jacob Javits Center was packed with vendors, exhibits, and people.

So many of our friendly neighborhood Toy Stores were representing at NYCC! Speaking of “friendly neighborhood”, Royal Collectibles took the train from Flushing Queens (Spidey’s home town). Midtown Comics probably had the shortest trip to the Javits Center. St. Marks Comics had a slightly longer drive now that they moved to Brooklyn. Look for both of these stores to be featured here on toystoreguide.com soon.

Knowhere Toys and Bitz and Buttons made the trip up I95 from Florida. It is always great to get to chat with toy store owners who we can’t just take a quick drive and meet. 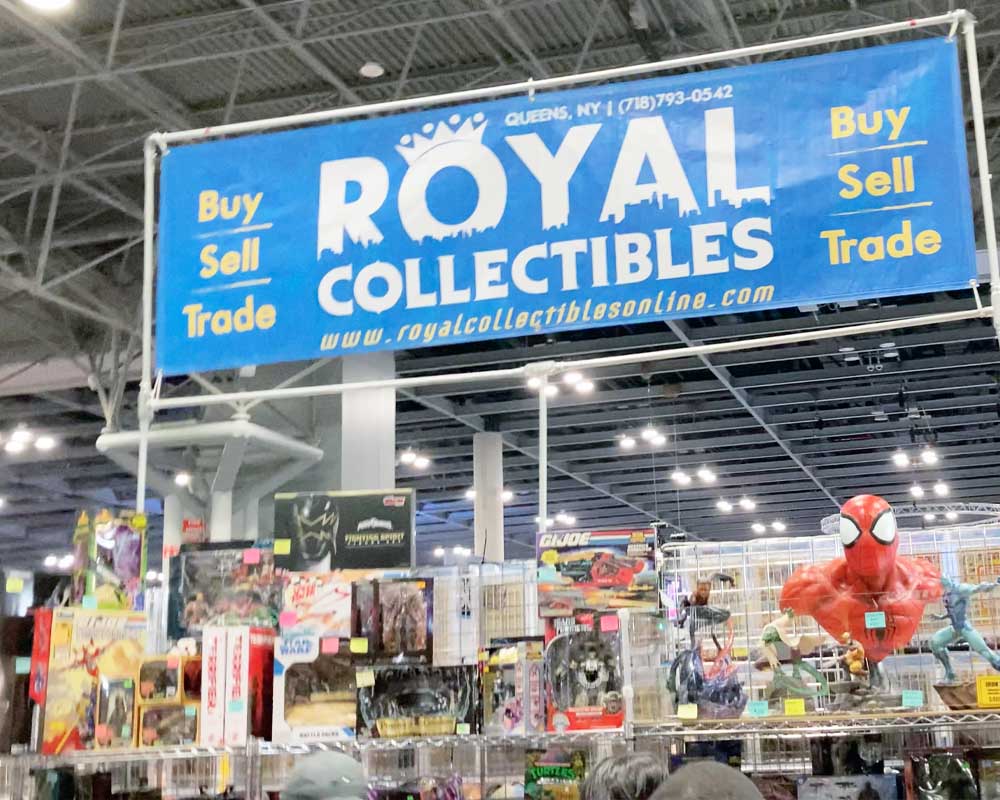 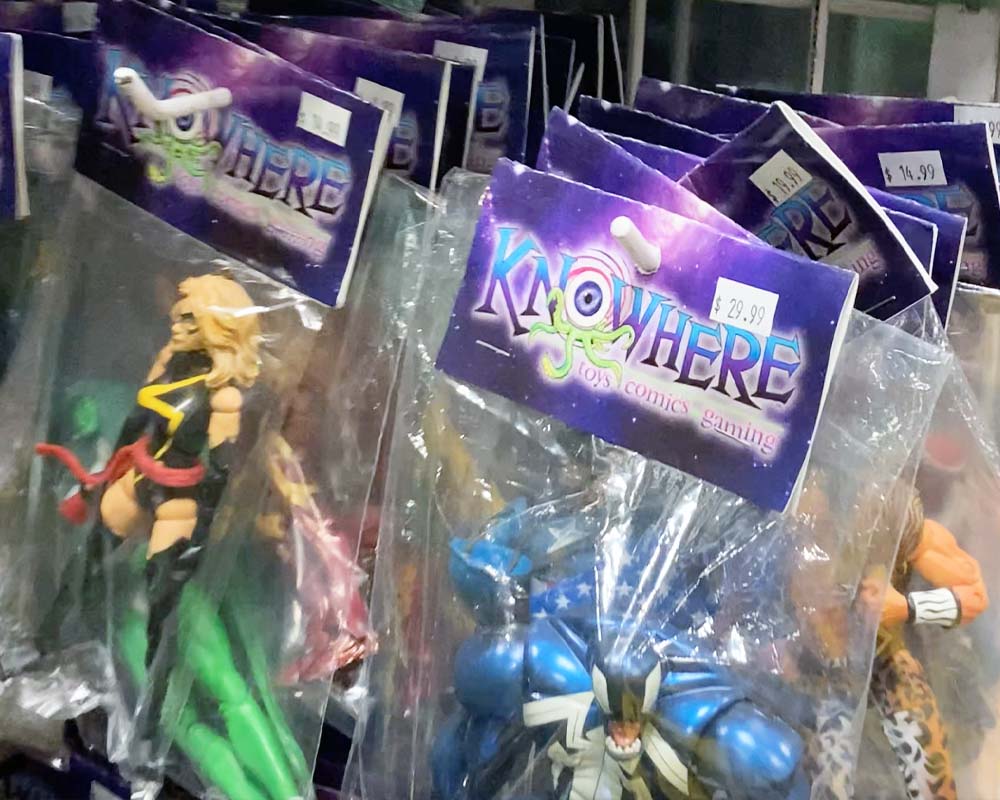 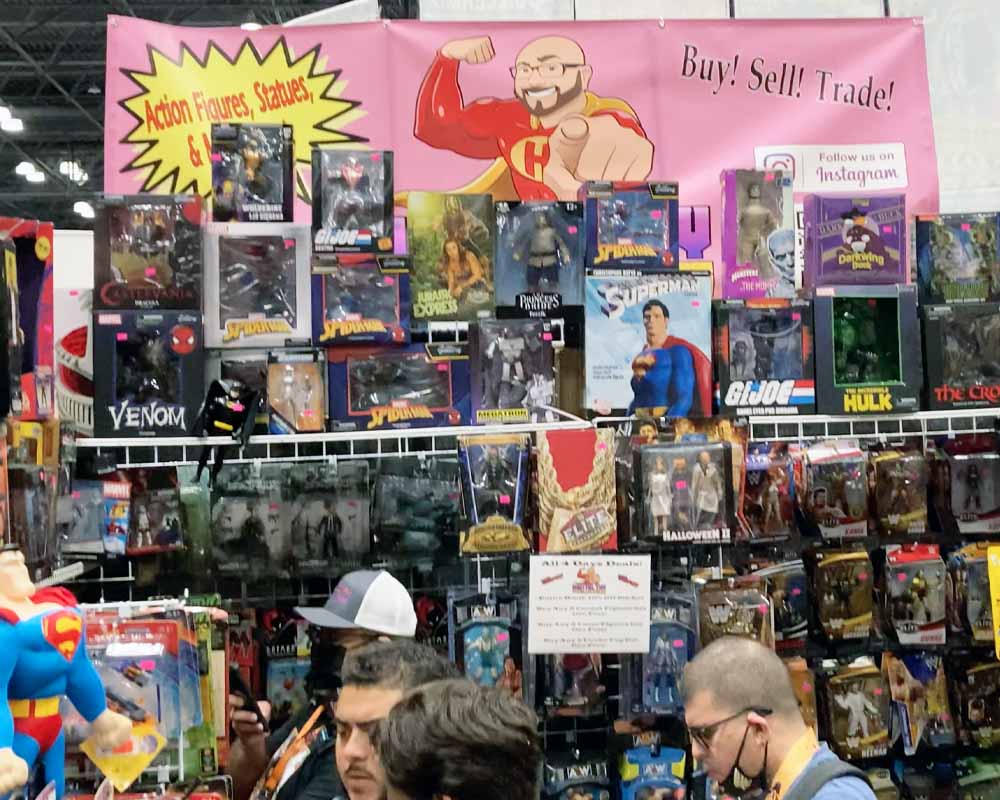 Got to talk with the crew from Lost 4 Toys, a store that we will head east on the L.I.E to visit real soon. Anthony’s Comic Book Art was represented on the show floor as always, though they usually leave the toys at home and concentrate on the comic book art as the name would allude.

We found out that our good buddy Hasttel moved his shop from Long Island to Ohio! Keep a look out for an update to his profile.

The farthest trip was probably made by the California toy company with two toy stores that brings their exclusives to New York Comic Con… Super 7! We were thrilled to see that back at NYCC, they were missed last year.

Of course while making our way through the traffic of cosplayers we were able to find some vendors who had toy stores not yet listed here. Heroes Hideout has a bunch of locations in the Albany, NY area and Gateway Comics and Toys in Fredericksburg, VA. This omissions will be added! 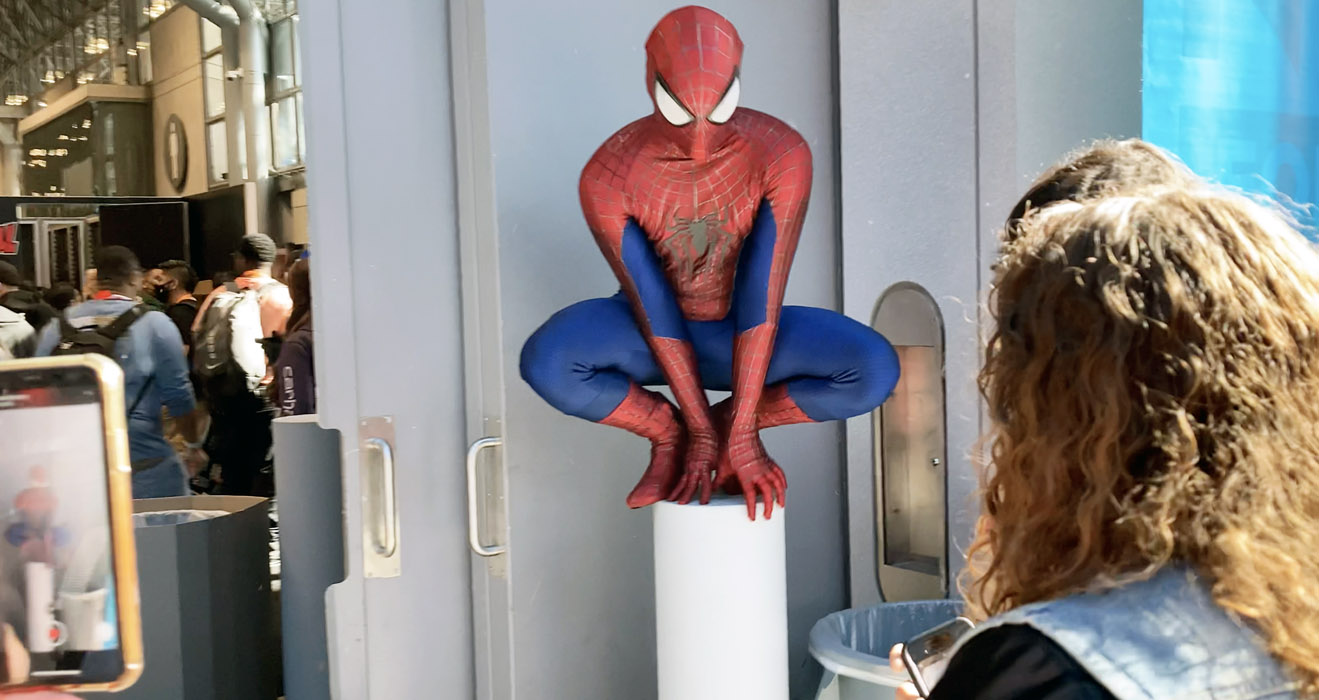 We made sure to stop by the Diamond Select booth. They are about to drop some Disney Afternoon toys and statues to scratch the nostalgia itch so many of us have. On display were the Darkwing Duck and Gargoyles pieces, but we hear from Zach Oat (Marketing at Diamond Select and friend of Toy Store Guide) that the action figures are coming soon. Animation not exactly your style? What about those epic action flicks of the 80’s? Well we got a look at the Jean-Claude Van Damme statue and figure, that’s right JCVD!

The big news came from the Nacelle Co…

The first thing we did when we arrived at Comic Con was run to room 406.1 to see what The Nacelle Company had to announce, and they didn’t disappoint.

A new season of the critically acclaimed (for the purpose of this article Toy Store Guide is a television critic) “A Toy Store Near You” will be out very soon and it seems the crew at Nacelle has no plans on stopping.

“There are so many incredible stores around the world, and we want to showcase as many as possible. Not only are the stores amazing, but the owners are amazing and the story behind how these stores came to be are amazing.” 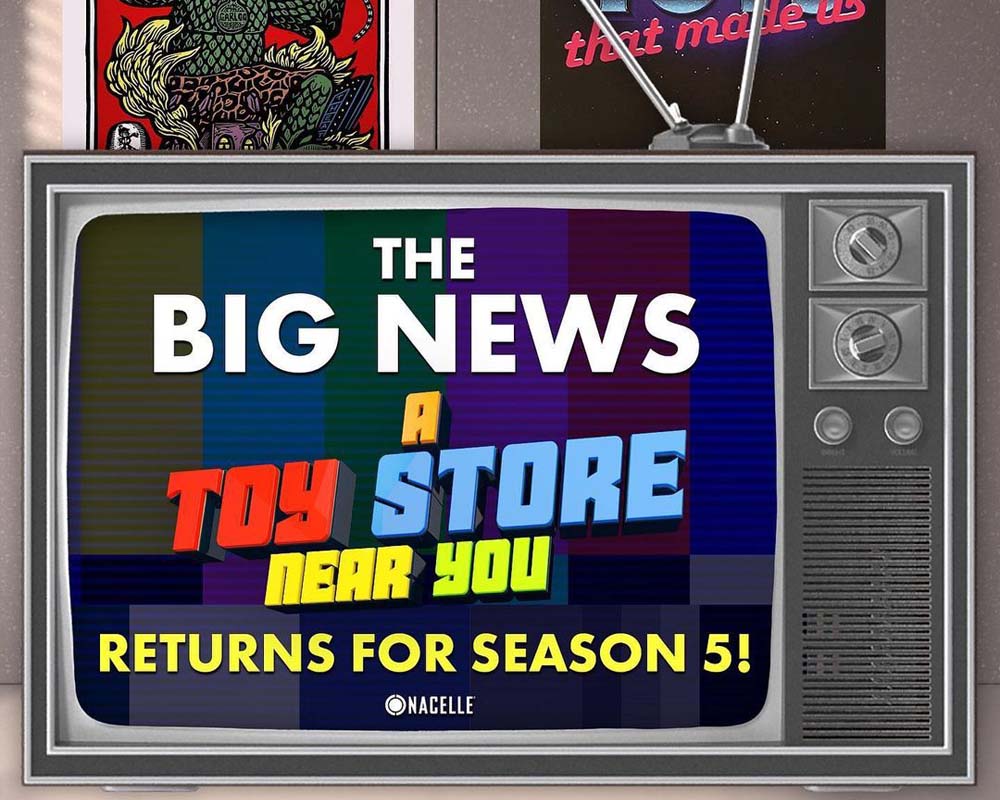 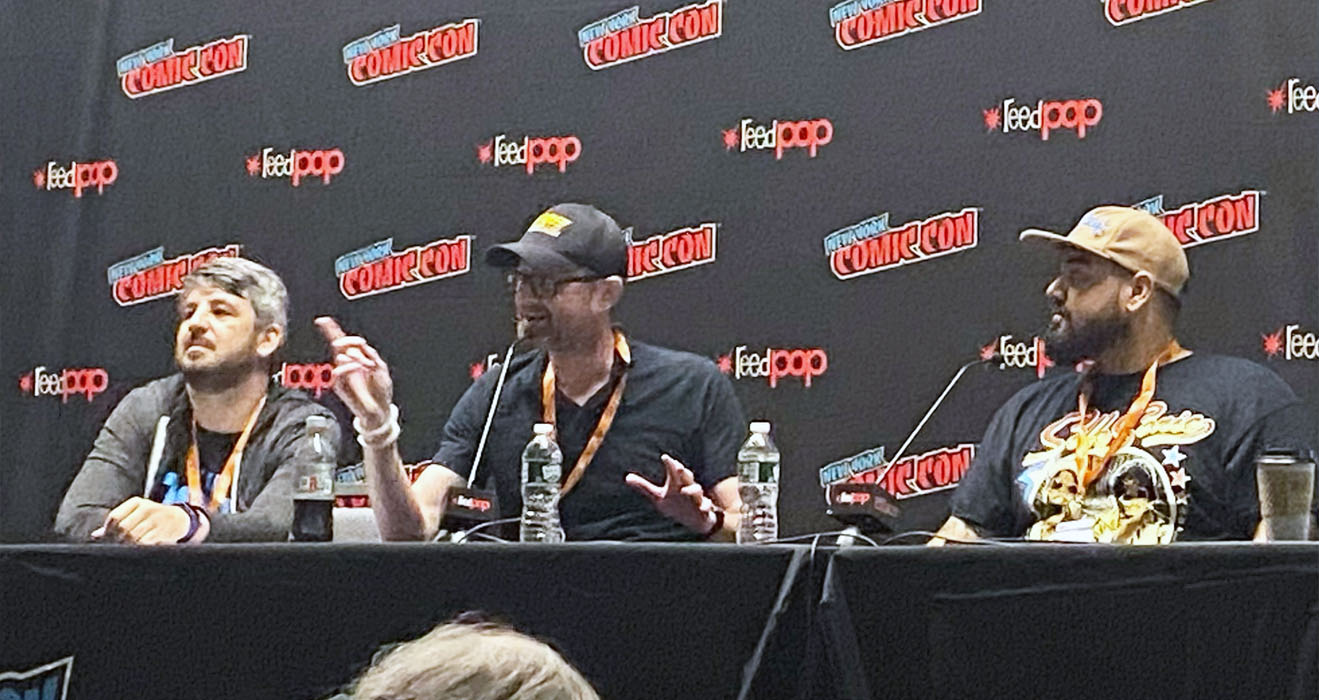 Moments later during the Q & A, Chris and Kari walked up to the mic and announced they are opening their own store called ToyZzALiVE and that “A Toy Store Near You” was a big factor in them making that decision. We here at Toy Store Guide will be sure to keep you updated on their progress and imagine we will be at the grand opening.

ToyZzALiVE is not the first store to open after being inspired by the show. In fact, RePete’s Comics & Collectibles holds that official title. Nacelle even put out a very special  episode of “A Toy Store Near You” about RePete’s.

Watch the Very Special Episode of
A Toy Store Near You!

The new season will premiere on Thanksgiving and will be action packed with the following stores:

House of Plastik in Cincinnati, OH

Earth to Kentucky in Kellington, KY

During the Q & A Brian Volk-Wiess (Nacelle CEO) was of course asked if a future season of “The Toys That Made Us” was in the works. Volk-Wiess stated that he could not say if a new season was forthcoming but if one was not coming he would say so. Leaving the room to come to their own obvious conclusions.

To add to the fun, at The Nacelle Company’s booth convention goers could get a sneak peek at the Sectaurs prototypes as well as the soon to be released RoboForce figures, suction cups and all. These Very Important Toys can be found at the Nacelle Store website and will be on shelves in local independent toy stores. I will get mine from Chubzzy Wubzzy Toys since they are my local retailer for new toys. 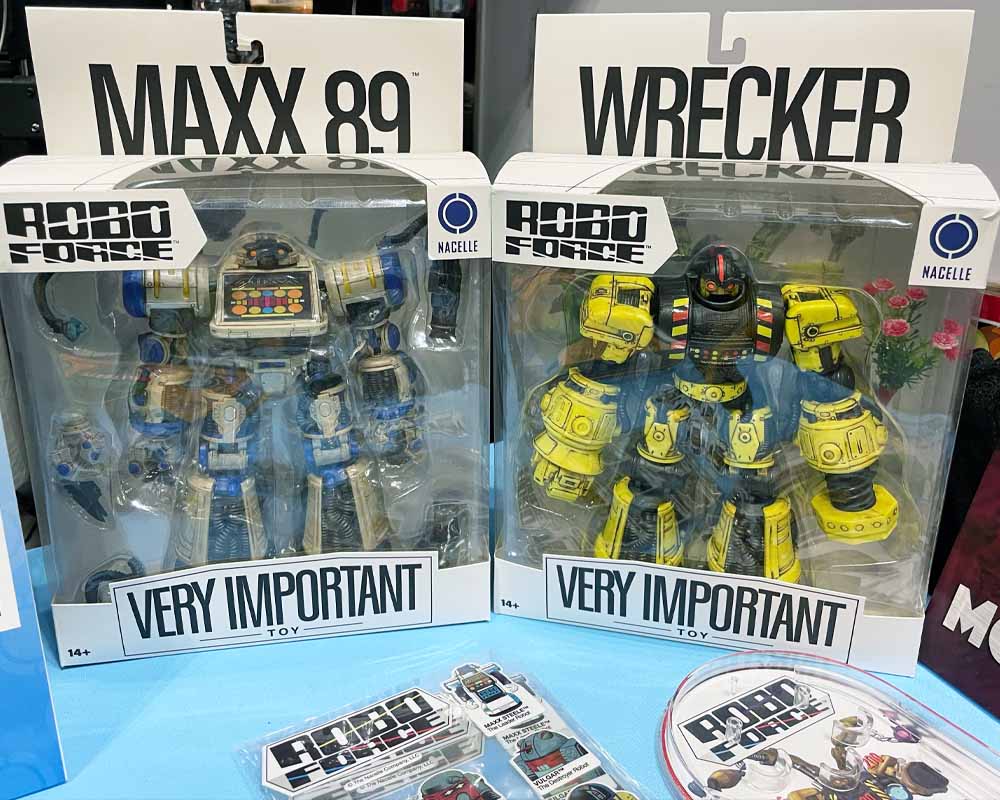 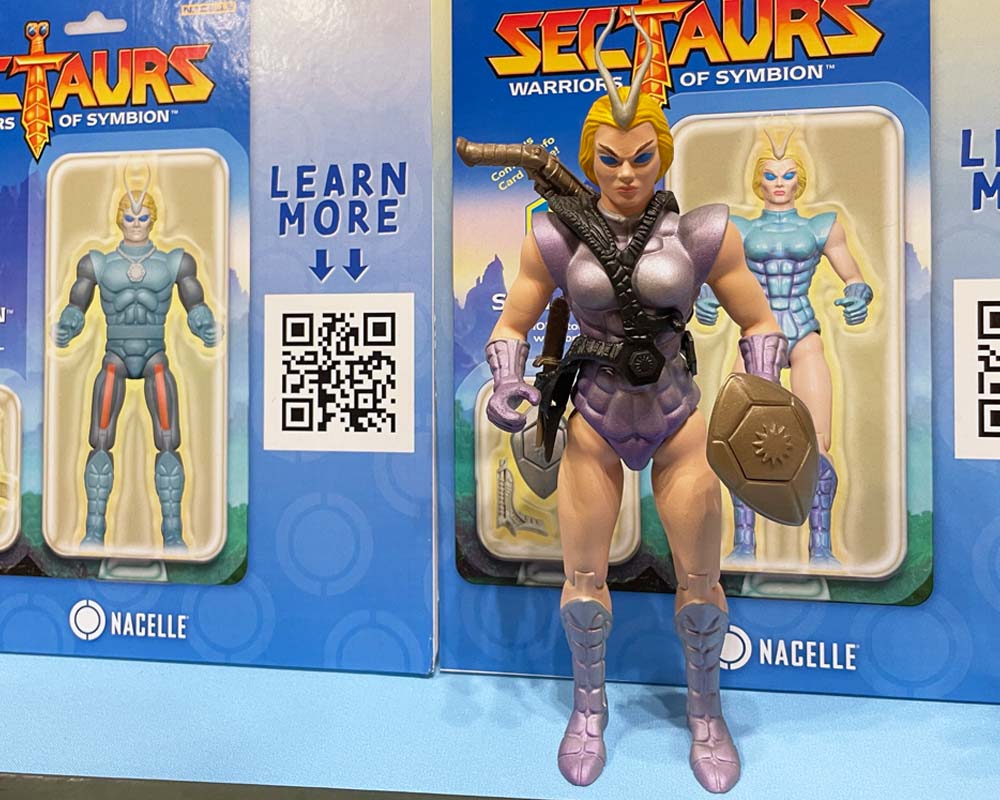 Nacelle stated that this NYCC panel broke their personal record for announcements. For all the announcements check out the Nacelle Instagram Page. Obviously we here at ToyStoreGuide.com are most excited to watch the new season of “A Toy Store Near You” on Thanksgiving before heading out to as many toy spots as possible on Black Friday!