Hunting for Nostalgia at a Palooza… A ToyPalooza!

Not just a Palooza, but a ToyPalooza!

The latest episode of Hunting Nostalgia has Nick Bartley at the Toypalooza Toy Show in Cheswick, Pennsylvania. But this time he brought backup! 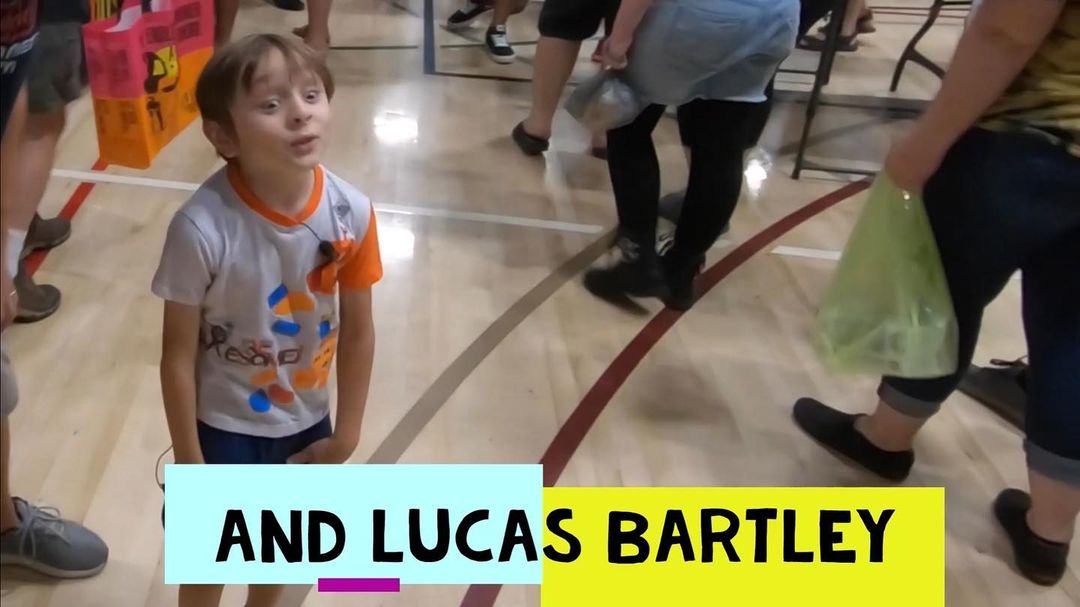 Nick’s son Lucas joins him at the most MASSIVE toy show in Pittsburgh, and Lucas is on a mission…

“I want Leia in the bikini…”

You can tell that this episode is very special for Nick, especially sharing the experience with his son. Lucas LOVES toy shows and hunting for nostalgia. However his legs got very tired…. Very fast.

You should know Nick and Rich from their work on Nacelle Company’s The Toys That Made Us and A Toy Store Near You. ROM you might know from his toy and comic exploits of the 70’s and 80’s, but you don’t know him like this. If you like toys, especially the ones that make you say huh, then this promises to be the show for you. Learn more on their Instagram @the_secret_compartment_show 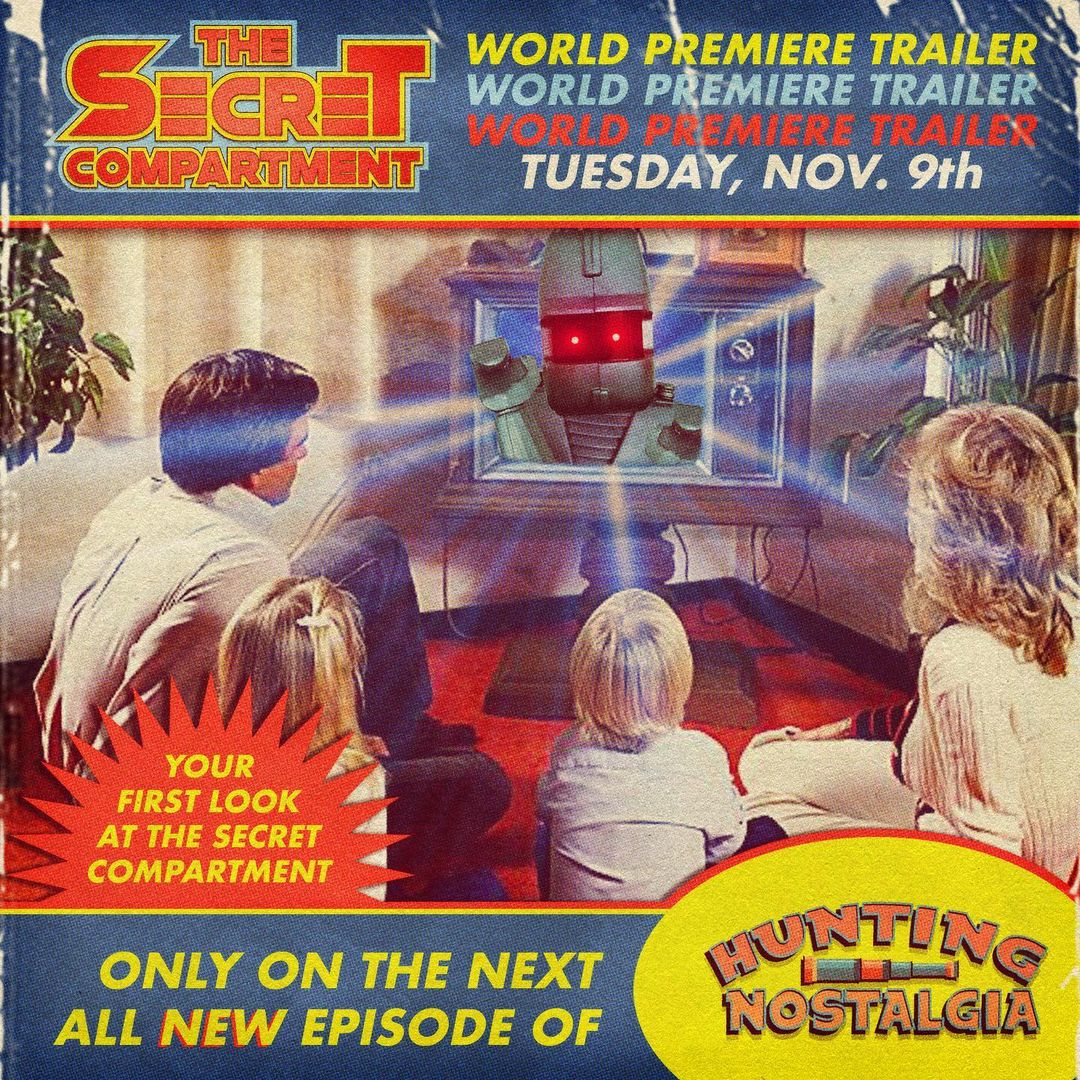 If the big Secret Compartment Show takeover wasn’t enough then you can also keep a lookout for an interruption from yours truly with a message from the Toy Store Guide corporate headquarters (in reality an office with a computer and a bunch of action figures on peg hooks). I’m a real one take wonder on camera. 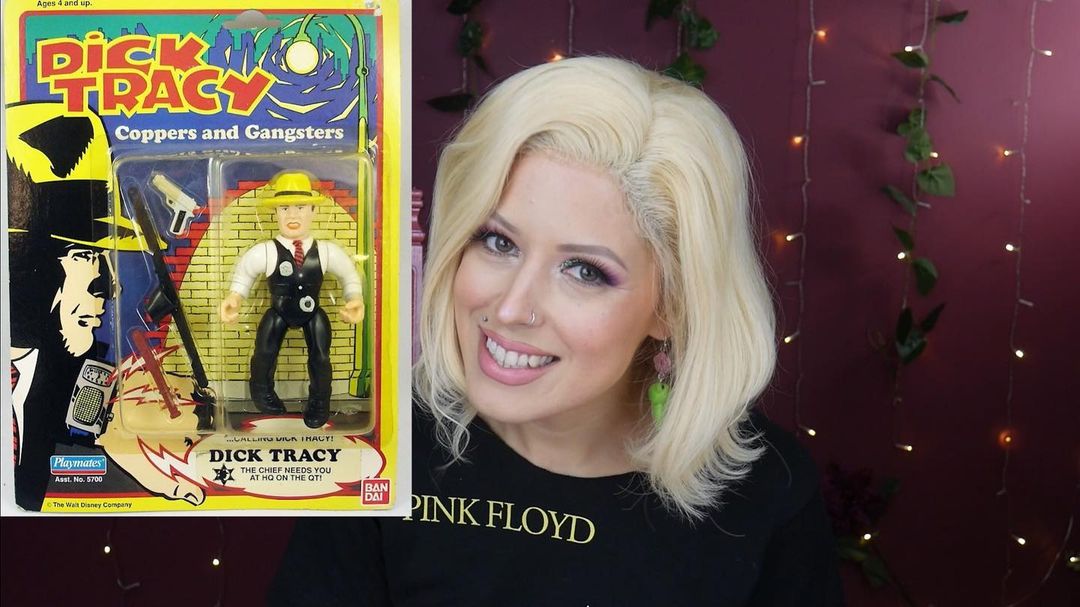 All that and you still get Elvira Taylor bringing us her Moment of Nostalgia… This time she talks about toy lines based on movies, mainly ones that don’t make a ton of sense. Her favorite being Waterworld. Nick lets us know that he loves both Dick Tracy and Police Academy, even though officially the Police Academy figs were actually based on the cartoon. Mine would be the line based on The Shadow movie or RoboCop, again the RoboCop line was based on the RoboCop and the Ultra Police animated series.

The real takeaway is that Kenner, Mattel, and Playmates were doing great work when it came to letting us act out our favorite movies at home.

Toypalooza is run by D and E Collectibles and is epic with 12,000 square feet of room, and 125 tables by 70 vendors. The D and E store is located on Main Street in Pittsburgh and offers display cases and peg hooks full of Action Figures and all manner of toys and collectibles. 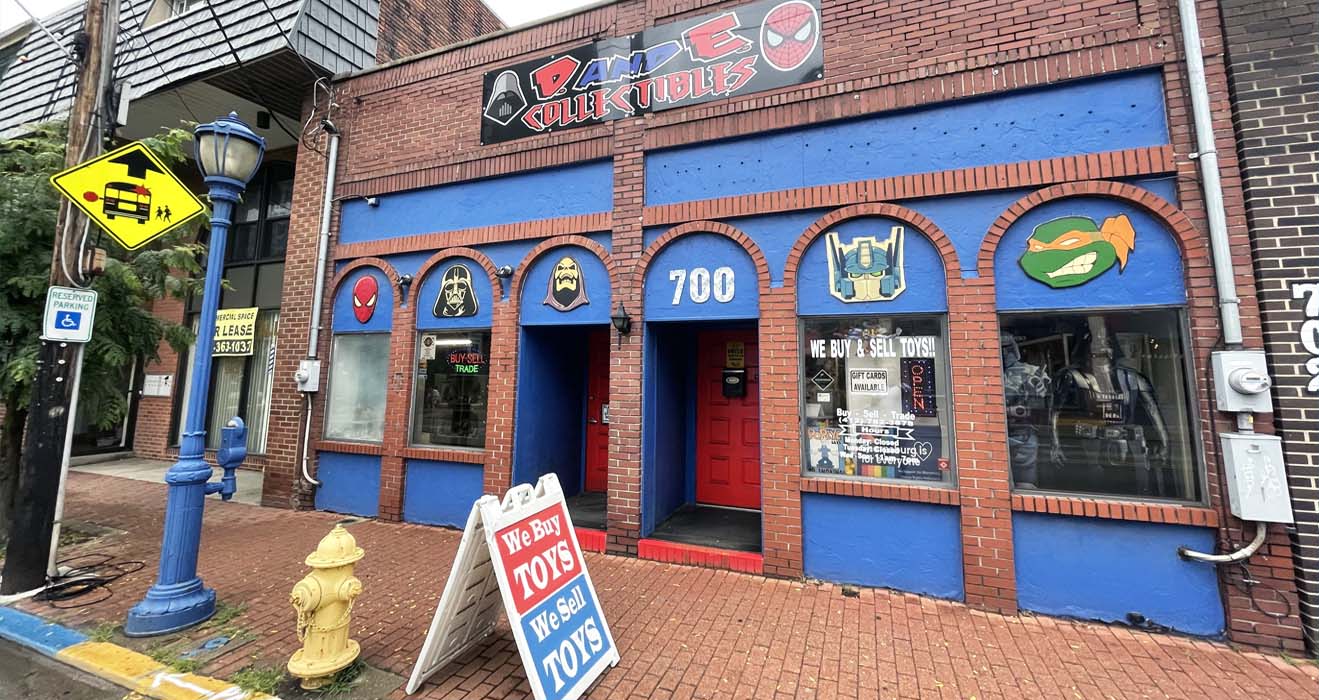 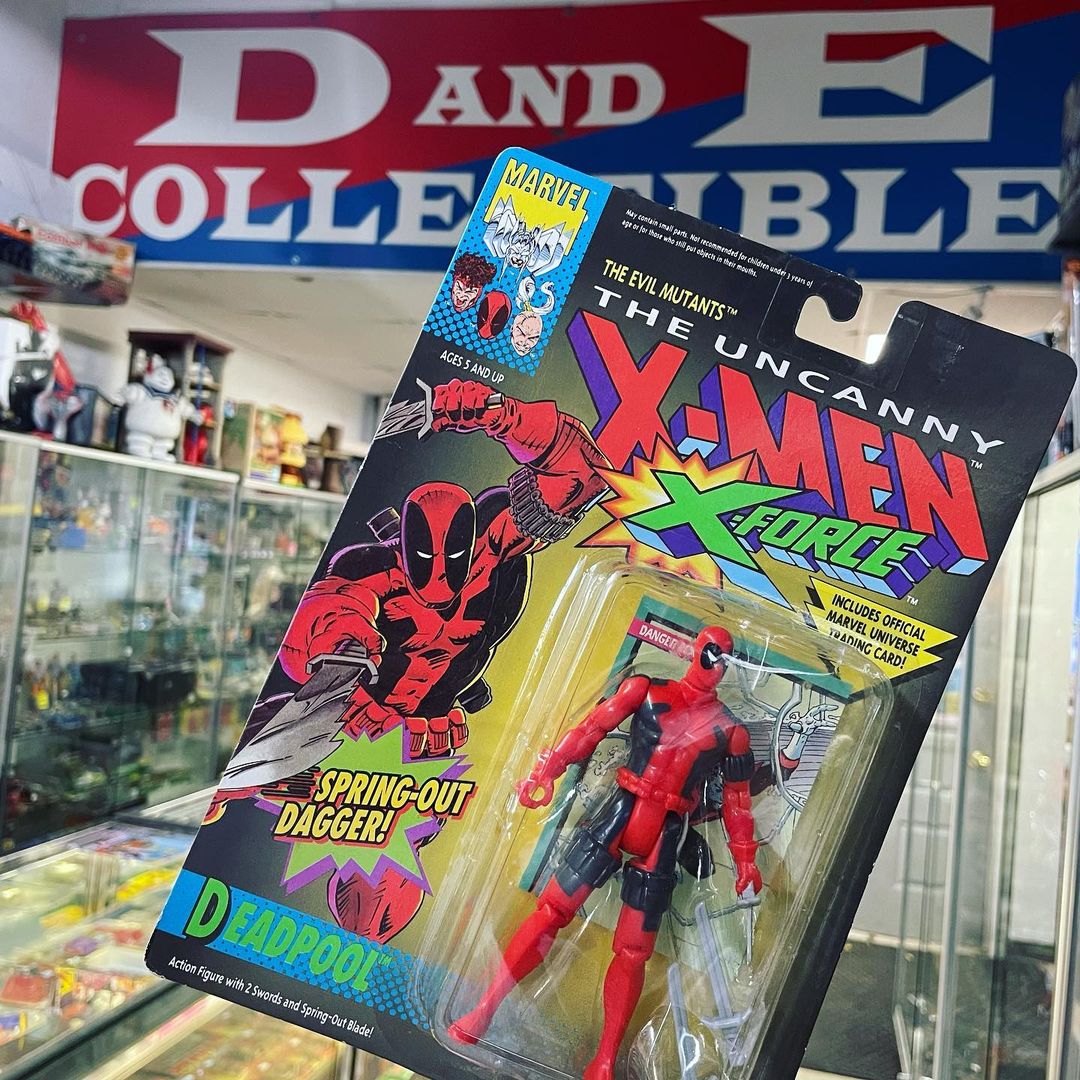 I was thrilled to find a really nice ToyBiz Deadpool during my first visit to the D and E Collectibles. As a 90’s action figure collector it was a piece that I was looking to find and the price I couldn’t pass up. 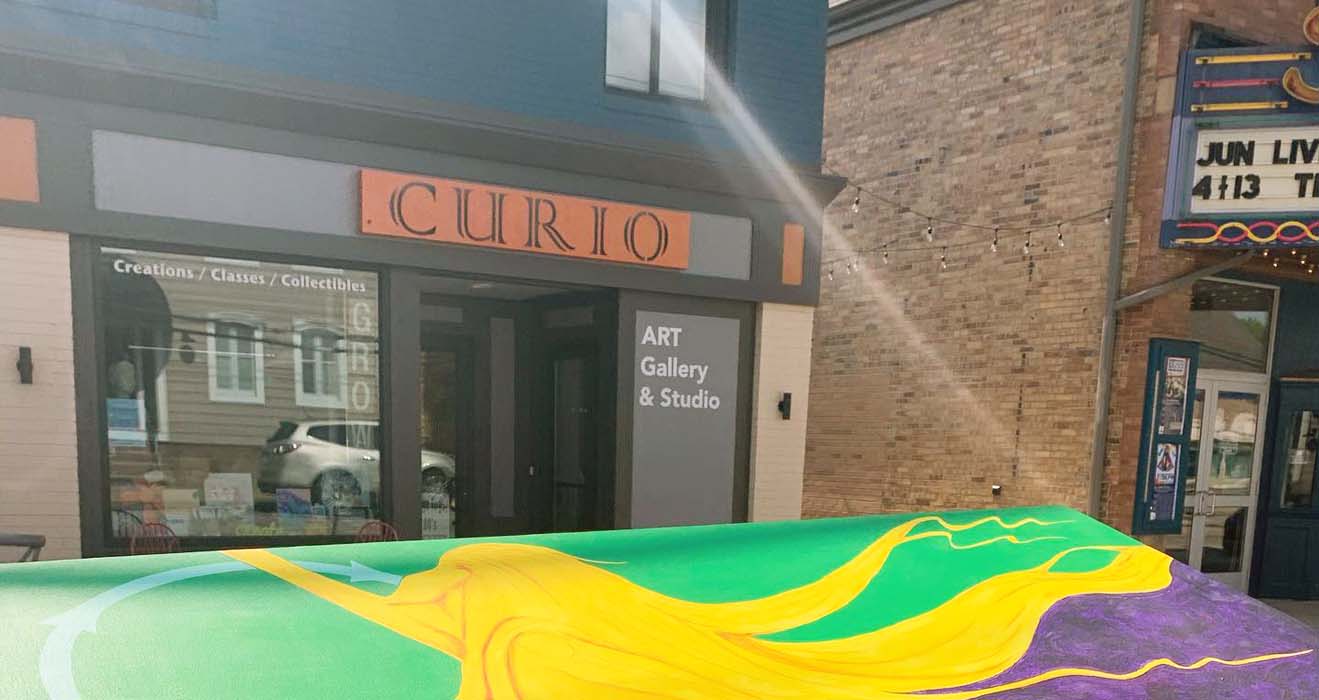 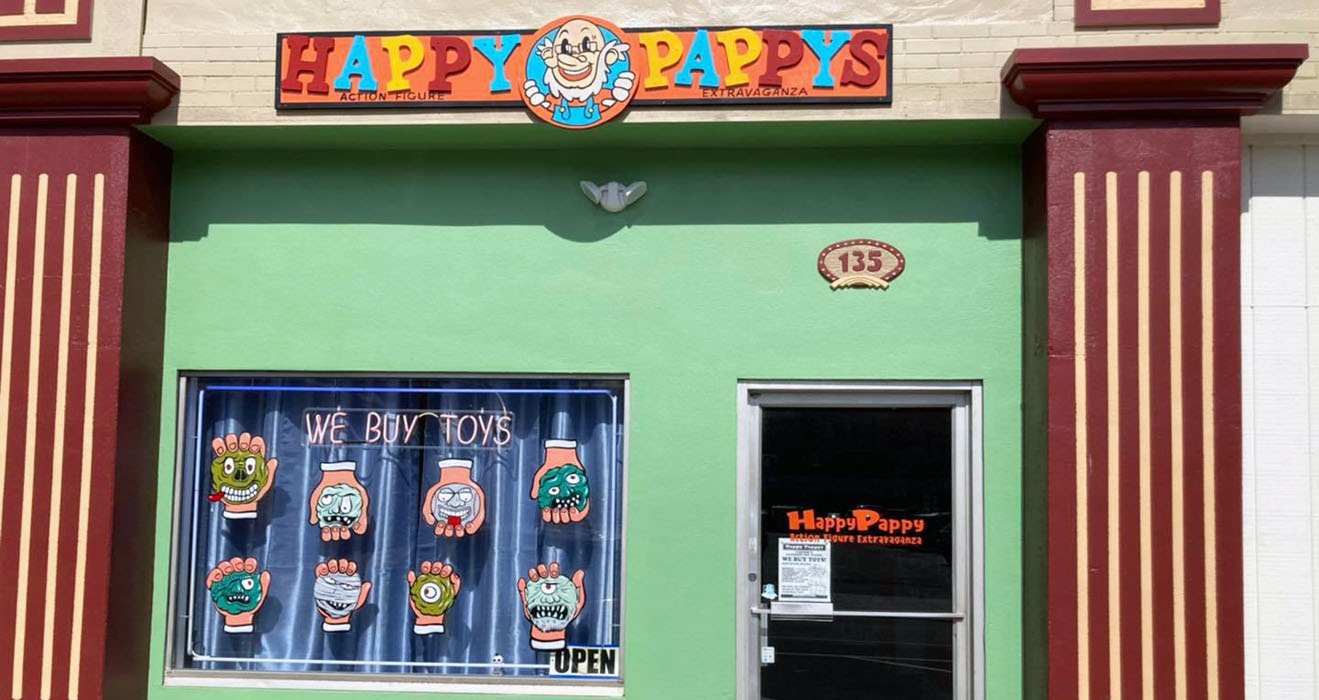 The coolest thing about toy shows, especially in the Midwest, is that when one store has a show many other stores, both near and far, show up to support. At Toypalooza Nick ran into his pal Jason from Curio and stopped at the booth run by Happy Pappy’s Action Figure Extravaganza.