June of 2018 Toy ‘R’ Us stores across the United States closed their doors forever (Canadian, Japanese and other stores around the world stayed open). It was the end of an era that had already saw KB Toys close a decade earlier, Kiddie City and Child World decades before that.

I was saddened and empathetic to think the next generation of children would not get to enjoy the thrill of going to a toy store. A thrill I, and I imagine anyone reading this, remember fondly. Well today, just 16 months later, Toy ‘R’ Us is back.

The first of these new stores opened in New Jersey with plans to open another location in Texas this season. I had a chance to stop by the grand opening earlier today to take a look at what the modern, revamped Toy ‘R’ Us looks like.

The stories leading up to this comeback did explain that the brick and mortar stores would have more of an interactive landscape and segmented sections for different brands to showcase their products. That is exactly what I walked into today. Paw Patrol, Lego, Nintendo and Nerf have their own sections of the store. The Nerf section has what can be described as a shooting range. More interesting is that a section of this new, smaller Toys ‘R’ Us is dedicated to Lego considering that Lego has its own store in the same corridor of the mall. The interactive concept did not stop at the range, there is also a theater and Geoffrey’s Treehouse. To me the store had a FAO Schwarz vibe, I remember visiting the FAO Schwarz in Las Vegas about 20 years ago where they had a Trojan Horse for children to play in and the cockpit of the Millennium Falcon playing the Episode I trailer on repeat.

For the adult collector, I didn’t see much except a small section of Star Wars figures and a small display of Dragon Ball Z figures. Time will tell how these stores will continue to evolve but it seems like they will be geared towards the younglings and that seems to be the right answer.

Both the New Jersey location and the planned Texas one will open in malls and the New Jersey location has a large footprint for a store inside a mall. Obviously, a far cry from the large stores we were used to as kids (made larger at the time because, you know, we were smaller). They do not have a massive amount of stock out in store but Toys ‘R’ Us have mentioned that they will aim customers to the recently launched website that is partnered with Target.

I see this a big win for the children, and the children are our future. After a short hiatus, shorter than I thought it was going to be, Toys ‘R’ Us and Geoffrey have returned. Now if we can all get to work on bringing KB back that would be great.

PS: Anyone know how to spin around the R in my Macbook? 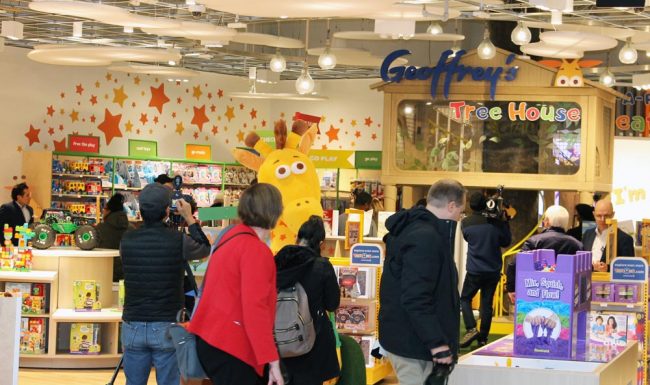 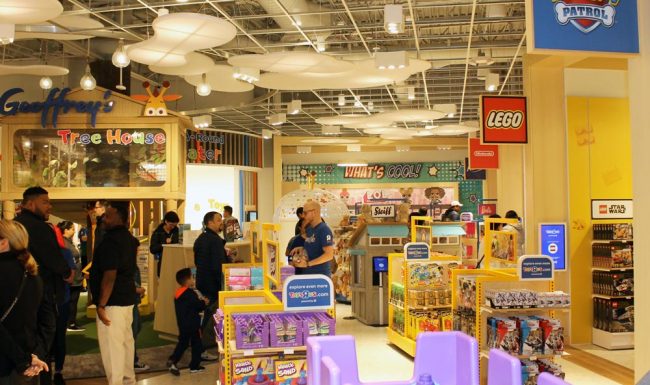 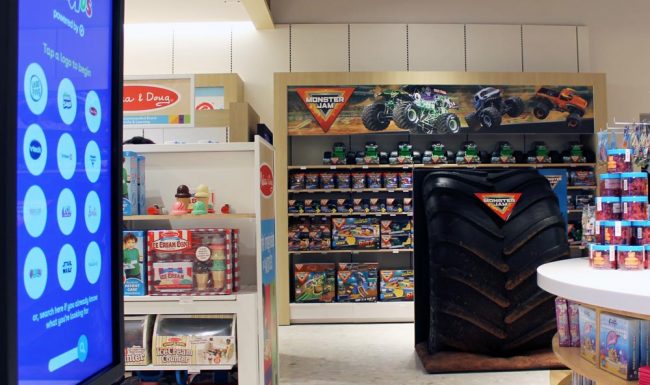 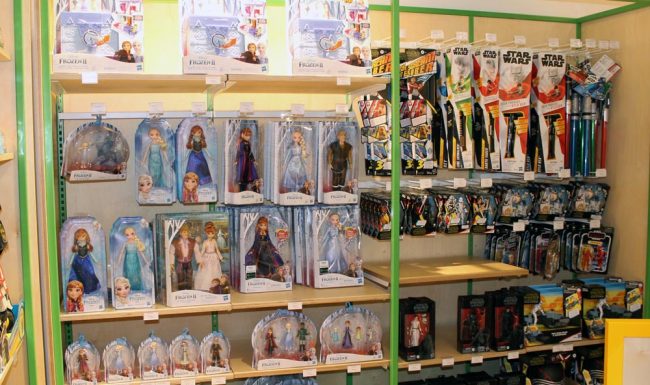 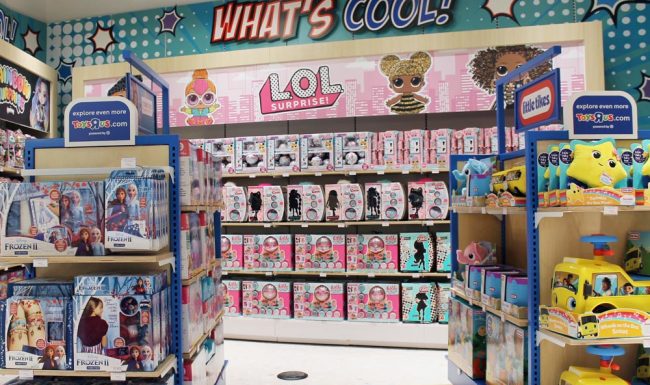 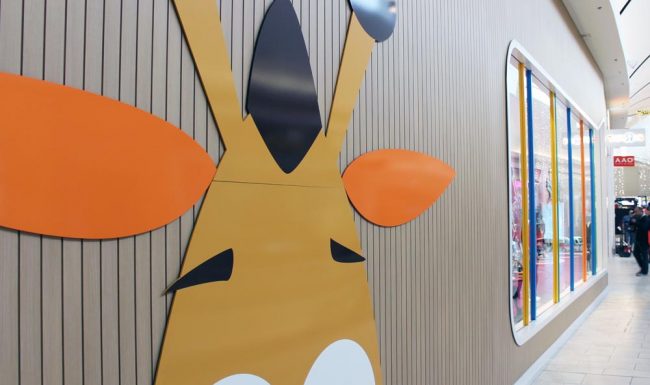