Nacelle Company’s “A Toy Store Near You” to Premiere this Week!

The Nacelle Company, the people who bought us “The Toys That Made Us” bring us a new show “A Toy Store Near You” to help local independent Toy Stores get through the COVID Crisis.

When COVID-19 hit, it became apparent that a lot of the world would have to shut down for a while. It was obvious that this would affect everyone in some way and hurt many people in many different ways. Besides the health of themselves and their loved ones, many people were worried about jobs and how they will continue to support their families.

We thought we could imagine, but we had no idea the hardship this would place on small businesses. Especially our beloved Toy Stores.

The Toy Store Guide had just launched a month before things started to get bad. As soon as the stores had to close we asked everyone to help their local toy stores in whatever way they could. Live Sales, Online Sales, Gift Cards…

They immediately contacted Toy Stores around the country and figured out the logistics on how to produce a new series… “A Toy Store Near You” with proceeds from the shows going to help the toy shops featured. 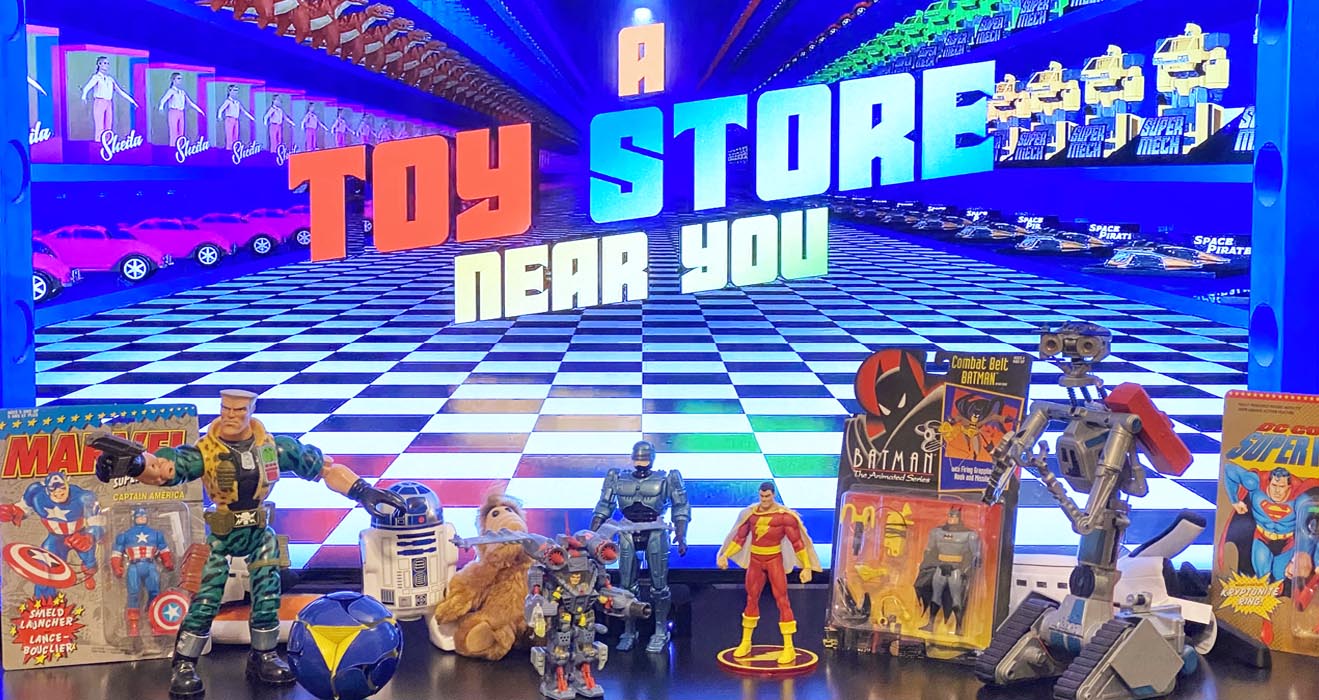 I say “figured out” considering that with stay-at-home orders in place and travel by production crews all but impossible, how could these shows be produced? The solution that producer Brian Volk-Weiss and his team, including toy show executive producer Rich Mayerik, came up with was to have the shop owners record the majority of their own footage and send it to the production team to put together.

“A Toy Store Near You” will premiere its first episode this week on May 29th. It will be available on Amazon Prime Video, Vimeo and The Nacelle Company’s YouTube channel. Be sure to subscribe and turn on notifications so you know when a new episode is live.

Life today often feels strange, sometimes it feels like I have been stuck at home forever and at the same time feels that only yesterday I was living a normal life. With that in mind it is incredible that The Nacelle Company was able to handle everything needed to produce a television show so quickly. Footage, editing, paperwork, lawyers, reshoots and submitting to streaming services all takes time.

In today’s society, we are used to two types of release schedules for TV shows. The modern style of an entire season being released at once for us to binge and the classic style of weekly episodes that we have come to loath. “A Toy Store Near You” will follow neither of these standards. In order to get the episodes released as quickly as possible they will release them as soon as they can. This “speed of release” style is meant to help gain exposure and bring in much needed revenue for the stores as fast as possible, which is the main goal of the show.

This means that we will get sporadic releases that might not seem to make sense to us. One episode is scheduled for May 29th and another the week after, but Brian Volk-Weiss has mentioned that we may only see a few episodes released in June and that 5 episodes where almost done as of May 15th.

Brian Volk-Weiss also mentioned during a live chat with Den of Geek that finding sponsors for the show was difficult in this climate but was happy that supporters like eBay, Super7, Death Wish Coffee, and the Tribeca Film Festival were quick to join. You can watch the replay of the chat on Den of Geek US’s facebook page. The chat included Den of Geek contributor Aaron Sagers and Billy Galaxy of Billy Galaxy’s Toys. 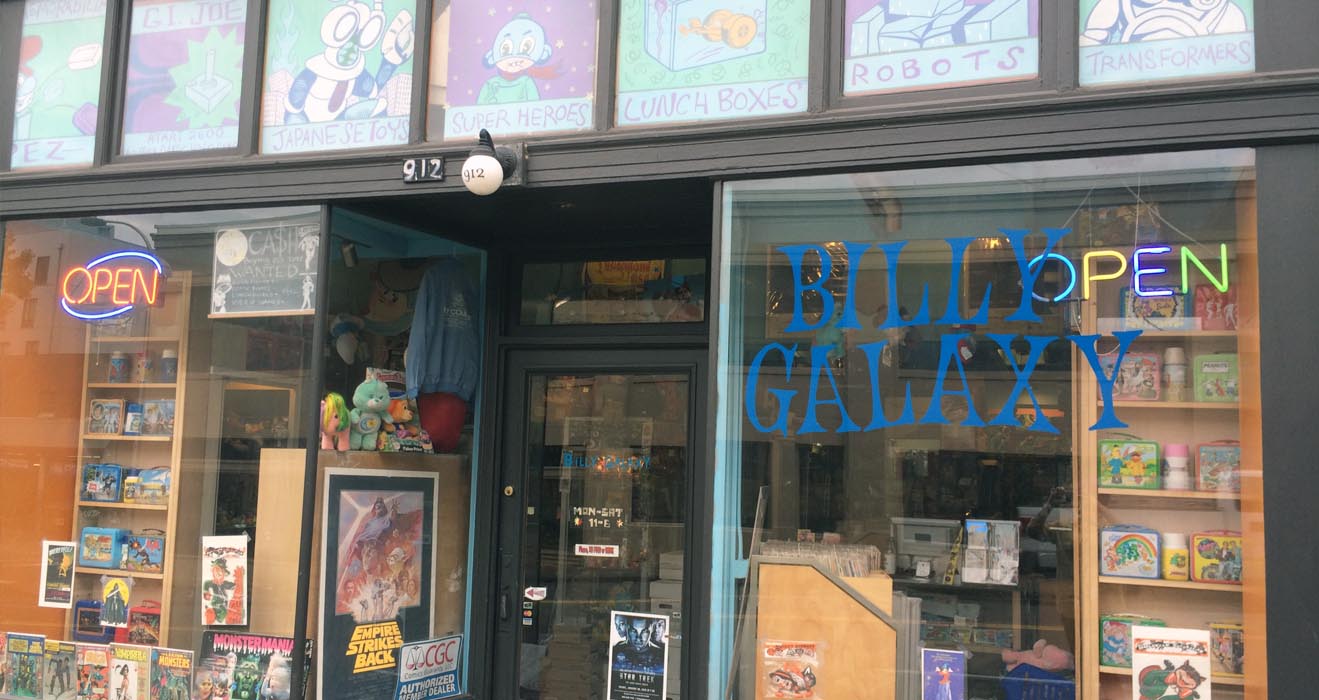 Brian Volk-Weiss stated that the second episode would be about 1313 Mockingbird Lane Toys and Collectibles in Lawrence, Kansas. We can tell you that the owners of that store put on some of the best live sale shows on facebook and really help entertain audiences during this time stuck at home. 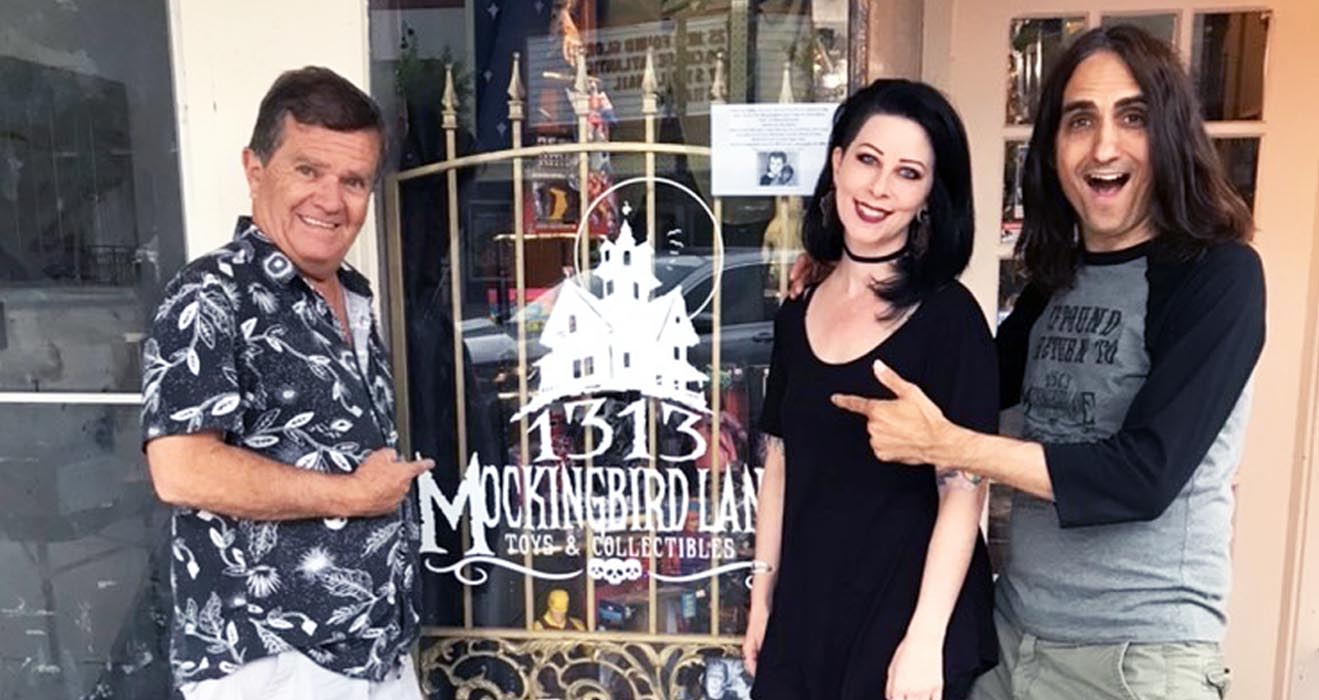 So far the Toy Store Guide has profiles for more than half the stores announced for the series, with more in the pipeline. We are reaching out to the others and hope to have them all profiled by the time their episode’s air (This way you can come back here to get more information on them after watching their show).

Bric-A-Brac Records and Collectibles in Chicago

Dr. Tongue’s I Had That Shoppe in Portland, Oregon

The Fan Fortress in Tulsa, Oklahoma

House of Plastik in Cincinnati, Ohio

The Batcave Comics and Toys in Santa Rosa, California

The Toy Box in Glendale, Arizona

The Toyboys in Haarlem, Netherlands

The Toy Drop in Indianapolis, Indiana

Toys From The Past in Lincoln, Nebraska

We Can Be Heroes in Chatsworth, California

We here at the Toy Store Guide send our thanks to everyone at the Nacelle Company for helping to bring attention to these Toy Stores and helping the Toy Community.

While waiting for new episodes of “A Toy Store Near You” to be released be sure to watch “The Toys That Made Us” on Netflix. If you already watched all 12 episodes, then re-watch them! They are great to keep on in the background while you dust your toy room and the more streams they get the more likely we see a fourth and fifth season.